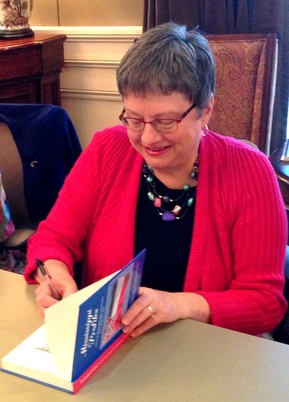 Karen B. Kurtz has published two books with Penguin USA/Pearson/ Scott Foresman, essays and poetry in various anthologies, and countless articles for readers of all ages. Mark A. Kurtz, her husband and  award-winning photographer, illustrates most of her work.

She founded The Kurtz Kollection, the premier line of greeting cards and stationery featuring the images of precious dolls. Streaming from a market test with orders in 30 states and Canada, The Kurtz Kollection evolved into a full product line for repeat customers around the world.

Karen’s platform in nonfiction and dollology is an asset when documenting Civil War dolls with provenance. A prestigious Coleman award from the United Federation of Doll Clubs (UFDC) jump started Karen’s research project.  Her work is breaking new ground in dollology, social history, and the history of childhood. UFDC officers praised Karen‘s work that “accomplishes much in trail blazing this area of doll research.” Editors at Civil War Times cited her work that “for the very first time, speaks to the everyday activities of women and children, not men and battles.”

Karen grew up in Iowa, graduated college in Kansas and Indiana, and studied in El Salvador and Costa Rica.  At age 12, Karen began to collect old dolls.  Today, she works on assignments and speaks to groups at the intersection of dollology, antiques, and history.

Karen and Mark live on the Eastern Shore of Mobile Bay and in Northern Indiana.